I am trying to find out the names of the colors in my 2011 San Antonio. Unfortunately, the rear window on the entertainment center slide out developed a leak and the wood paneling was damaged along with some of the wood work under the desk area.

I know the decor is called French Roast, but I am trying to find the color names of the wood paneling and the wall border tape. Since my posts are still being moderated, I can't post photos directly but hopefully the following links to the photos will work. The first is the panel and the second is the wall border (shows panel color too). 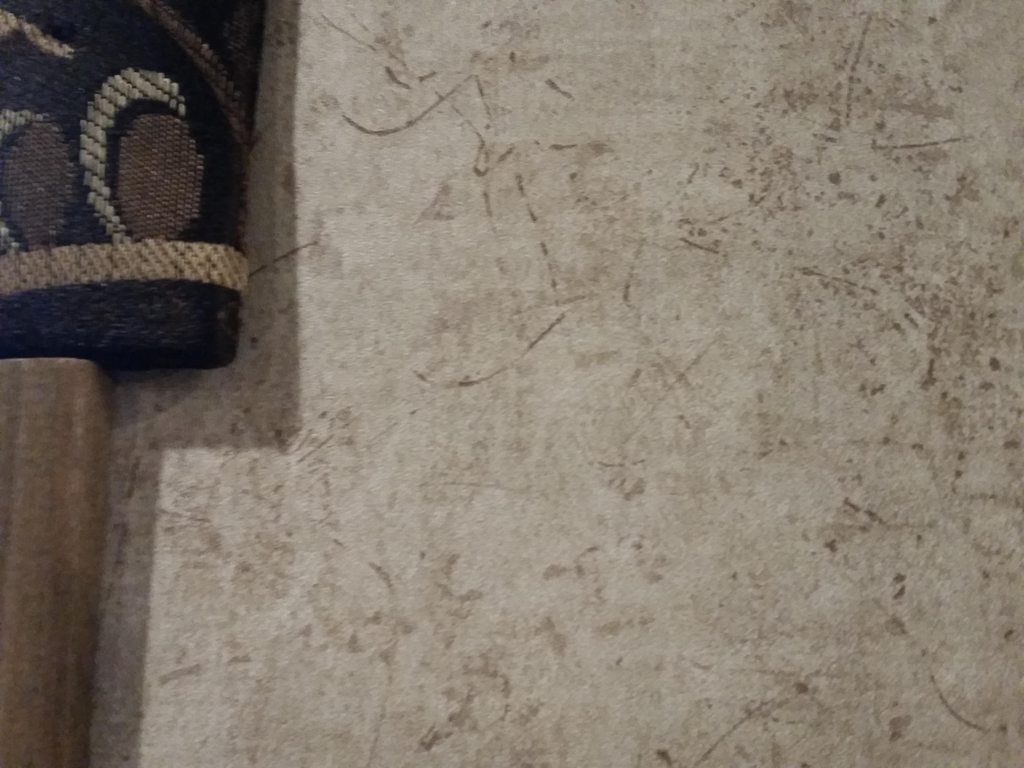 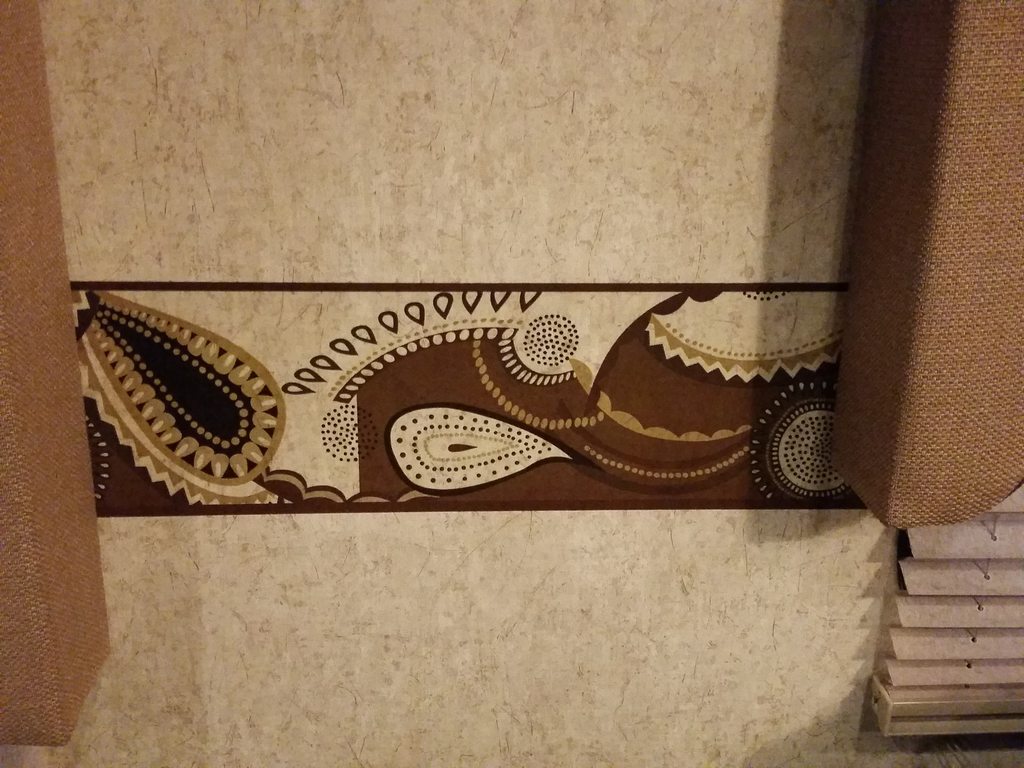 Hopefully someone can tell me the names so I can better search for replacement items so I can complete the repairs and keep the decor intact.

Ideally, I would like to know all the colors that are associated with the French Roast interior. There are some areas in the bathroom that I would like to repair but don't know the name of the darker color used there either.

I have been able to almost match the wood stain color used, but it still isn't right.

Any help would be GREATLY appreciated as I am in a holding pattern until I can replace the wall panel that was damaged.
J

I don't ever recall seeing names for the paneling and borders that went with a named decor scheme.

I think your best bet will be to get with Heartland Customer Service (877-262-8032). They may be able to take a deeper dive into the bill of materials for your coach when you supply them the VIN.
Last edited by a moderator: Jun 1, 2018
S

I was able to find the wall border tape from Midwest Surplus. No name but it was made by Quality Engineered Products, Inc and has a part number #QHL4132.

Still looking for more information on the paneling, wood color and seam tapes. I have an email into my contact at Heartland. I don't want to post her name, but she has been very helpful to me in the past as I have done a LOT of upgrades on this coach. I bought it new in 2011 when I had to relocate and needed a place to live while searching for permanent home.

It spent that year out in the elements and the remainder of it's life either covered or in a garage. It is remarkable shape for it's age as it only gets used a few weeks a year. I will post some photos when I get it washed.

Give a mechanical engineer a lot of time and an RV and he will find ways to make some changes...below is my list of mods so far:

All of these modifications and I have only added a little over 500# to the empty weight of the coach!

Anyway, I know this list of mods doesn't really belong in this section, but had some spare time this evening and got carried away. Hopefully someone will get back with me on the colors of the paneling and wood soon.

Wow Greg! That's some really nice mods. Love to start seeing some pictures of these. By sharing pictures and other details, it gives others some great ideas.

I will move this thread into the Landmark Modifications forum. Feel free to embellish it there
S

Still no word on the color of the vinyl covered luan plywood...Heartland hasn't responded and I am waiting on word back from Quality Engineered Products to see if they made the vinyl covering on the luan.

So, here are some photos of the modifications I listed previously. 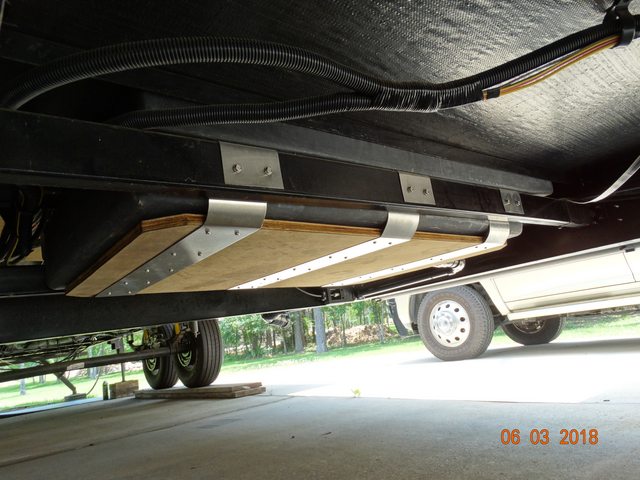 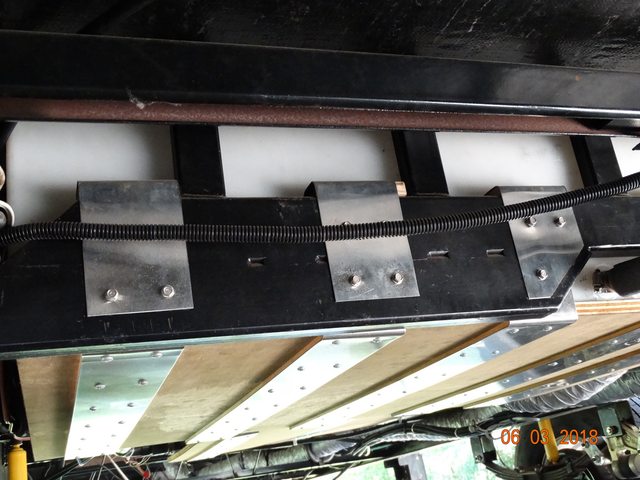 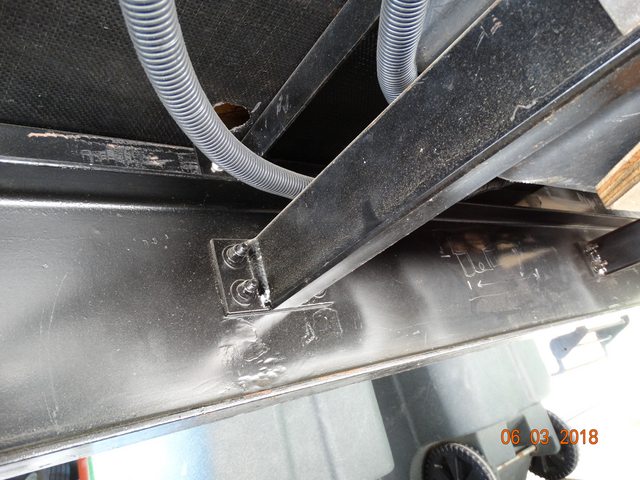 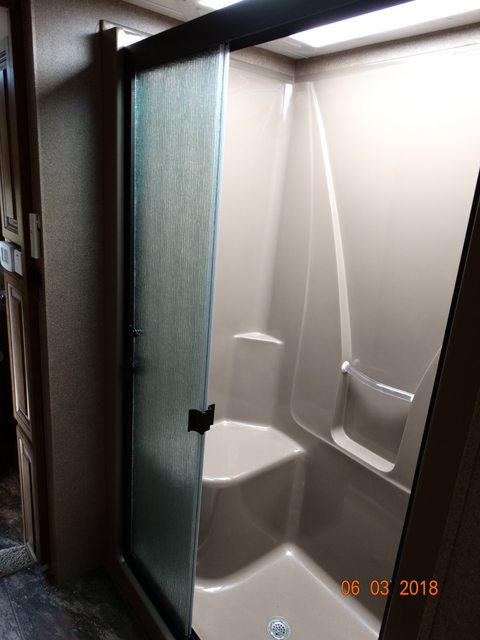 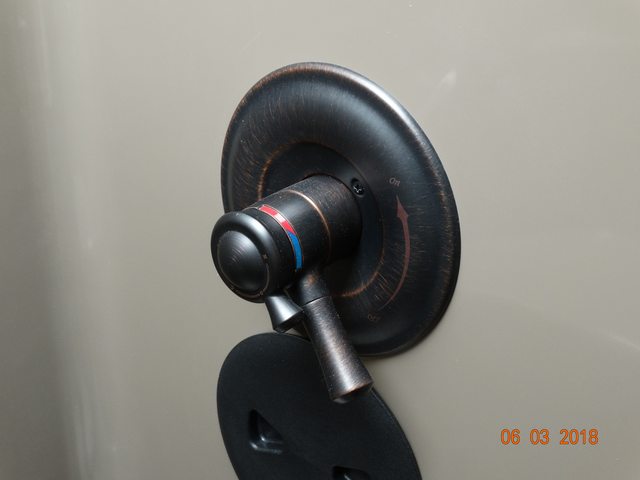 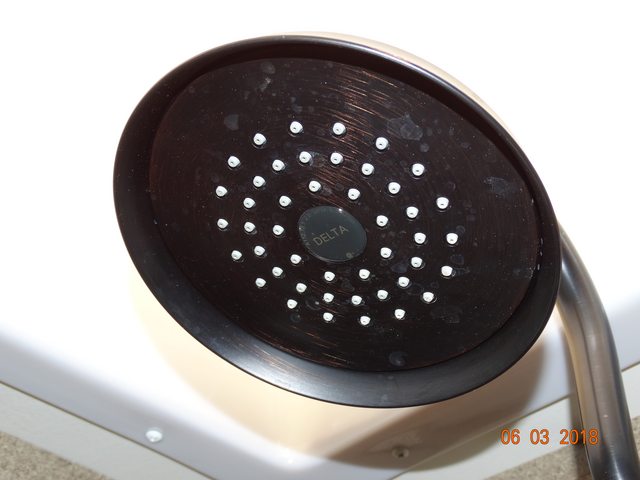 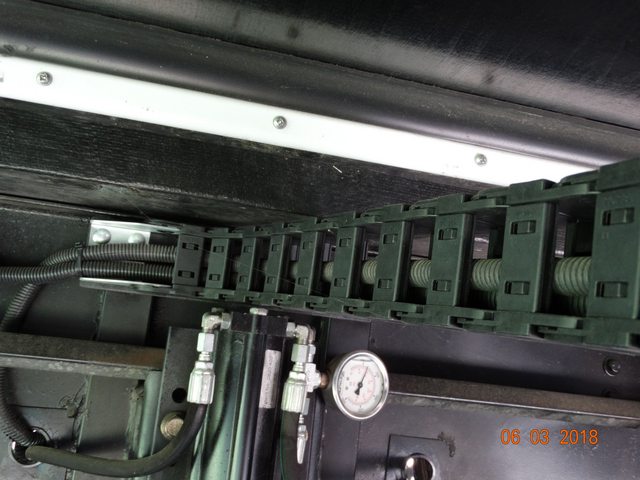 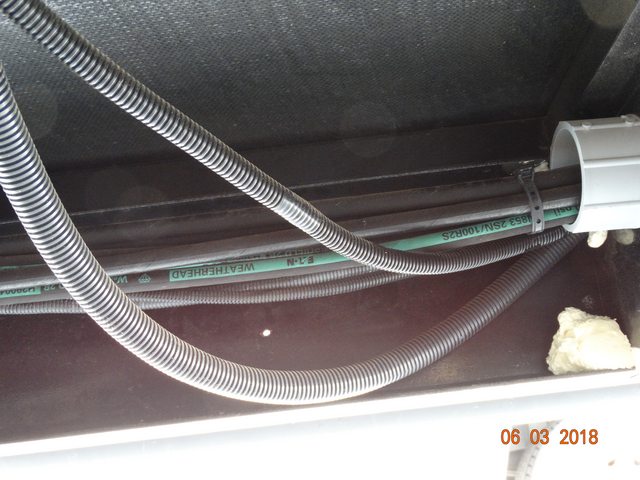 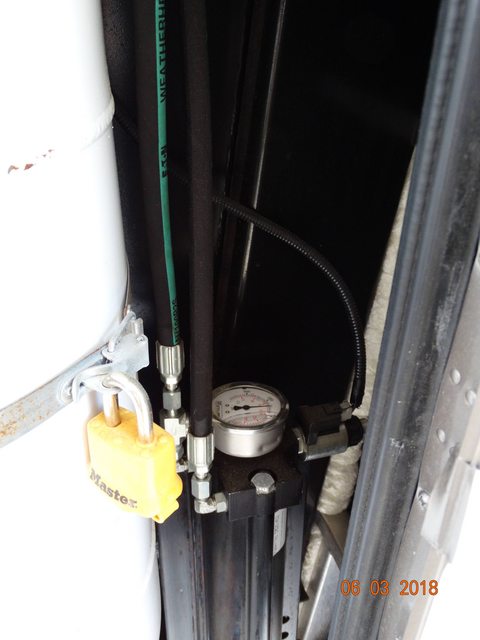 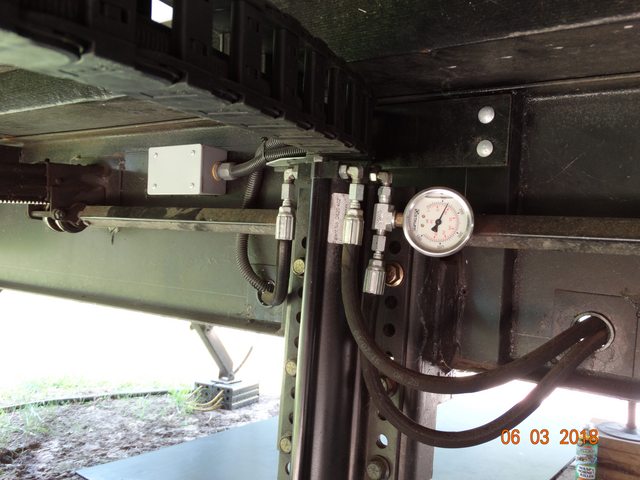 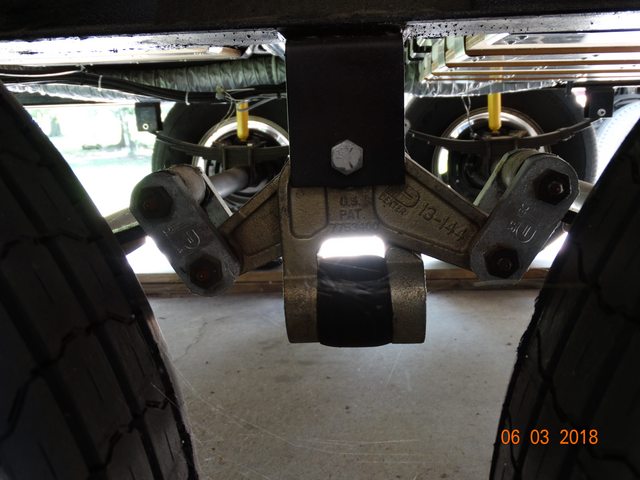 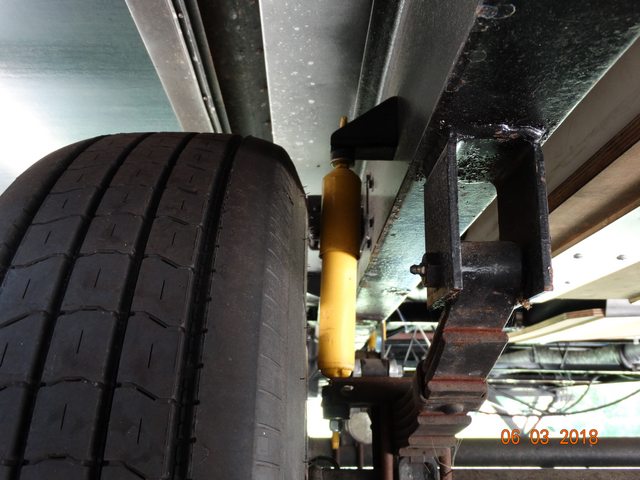 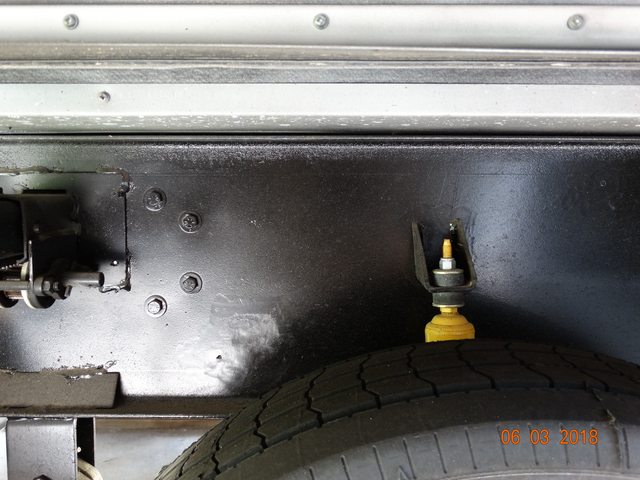 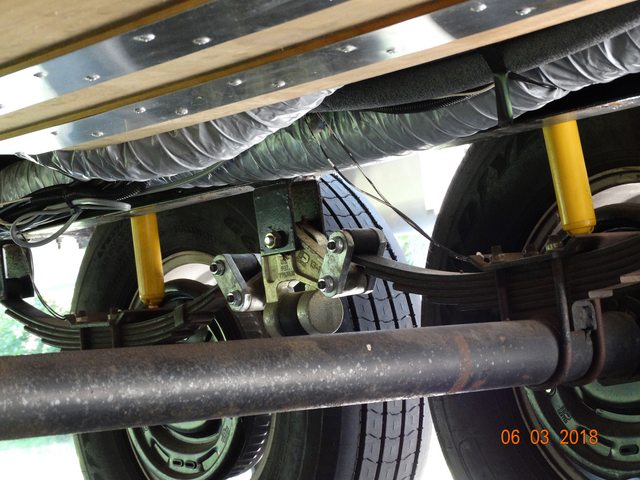 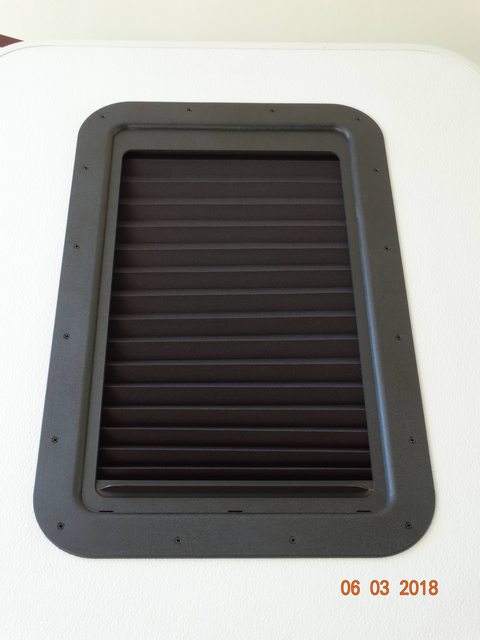 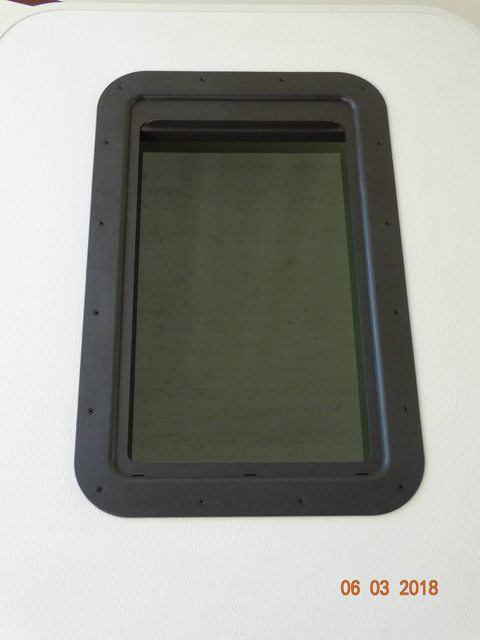 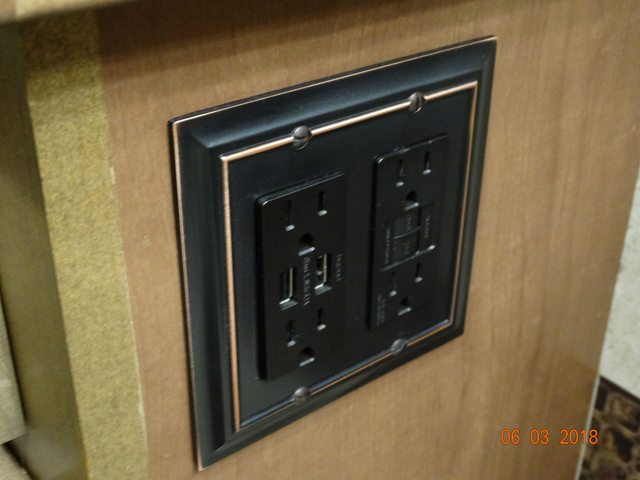 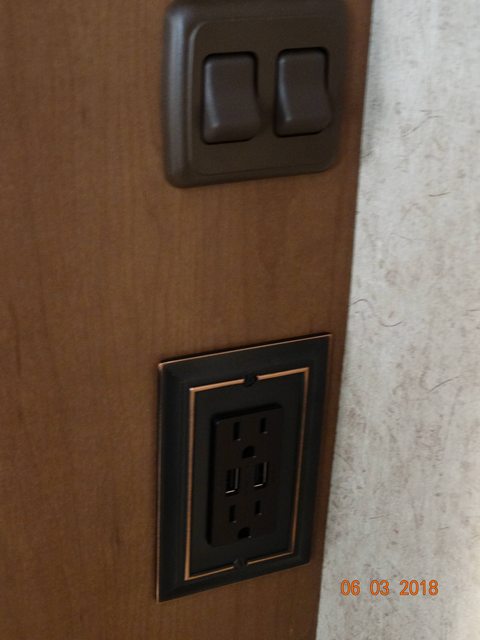 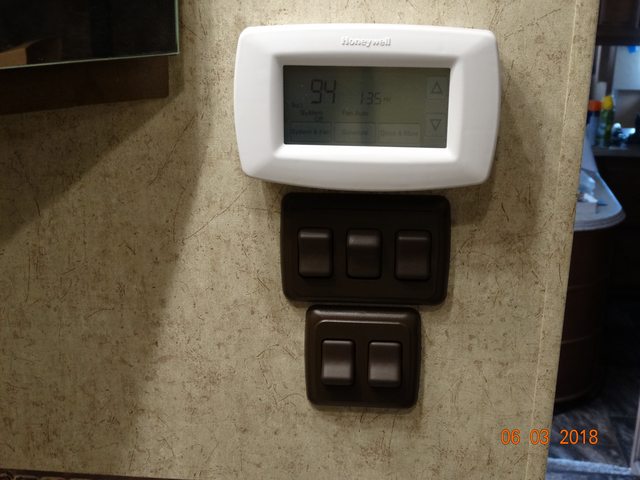 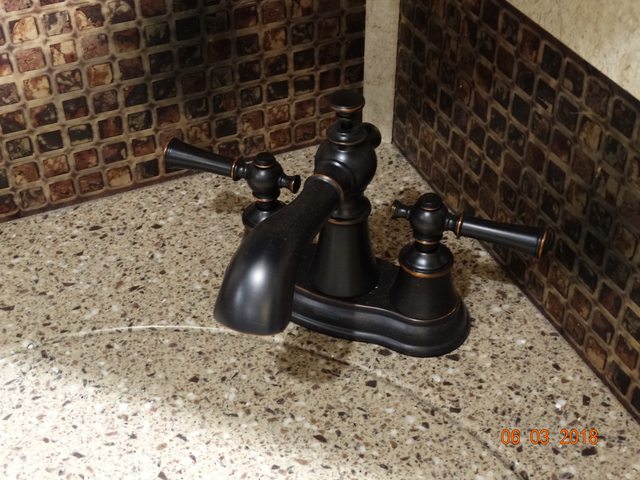 Amazing Mod's nice job... The slide chain has been on my list for some time now. How was the install ? Are you able to get the links over the wires and hoses or do you have to disconnect everything at one end ?

jesstalkn said:
Are you able to get the links over the wires and hoses or do you have to disconnect everything at one end ?
Click to expand...

Jerrod, is appears that the chain links just snap apart for an easy install. CHAIN

Thanks Dave
Looks like I might need to order me up some of that.
Thats what they should be using at the factory !!!

Sent from my SM-N950U using Tapatalk

Sorry for late reply. Been busy this weekend. The IGUS chains are Series 2828. You can see more info at the following link:

I attached the brochure in pdf format also.

Choosing how and where to mount is a bit tricky and would be custom to each slide...just have to make sure you have enough links for it to open and have a few extra on each end to account for the mounts and then be sure you have enough clearance when they are retracted. It just takes some time and fitting, but the chains snap apart easily so you don't have to cut or disconnect anything, but if your slides are like mine...everything was wire nutted and loose anyway, so you probably want to reconnect them and re-seal the holes they go through in the slide floor anyway. I took the opportunity to add new junction boxes that were actually sealed. You can see one of them in the previous photos.

I liked the comment about what the factory should be doing...I couldn't agree more. There is a LOT they should be doing better...the below are some photos of my rig before the modifications...

This one shows the fresh water tank and the flimsy support they use on the forward end. Notice the outlets coming through a cut out in the C channel. When full, the tank sags enough that the outlets were being forced into the bottom of the cutout and were bent enough to leak. They also drove one of the self drilling screws that held up the thin coroplast through the water line and it leaked... 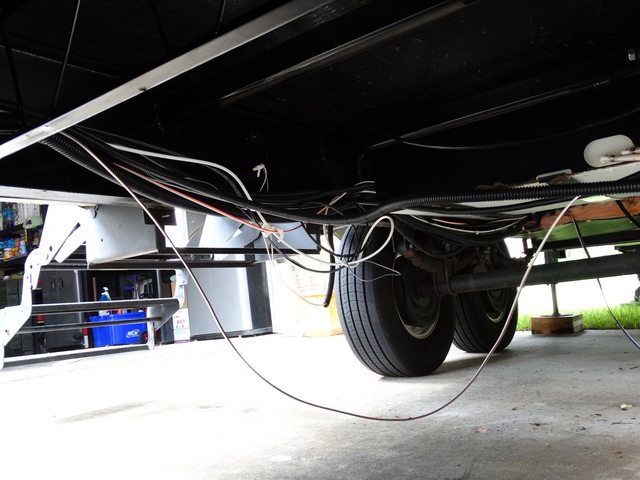 This one shows the reason I decided to rebuild/redesign the tank supports. Note that the screws holding the straps are screwed in from the top where the tank rests on the angle where they could easily rub a hole in the tank and almost did. The straps were also so thin and flimsy that when the tanks were full...they looked as if they were going to fall out of the trailer...also note the drain line for the this front grey water tank...it was mounted below the front underbelly...it could almost drag the ground when going over uneven ground and it wouldn't drain. The engineers obviously planned for it to be higher as they cut a hole in the rear c channel but the assemblers simply chose to run it under the coach...ridiculous! You can see the bend in it now and it isn't full. 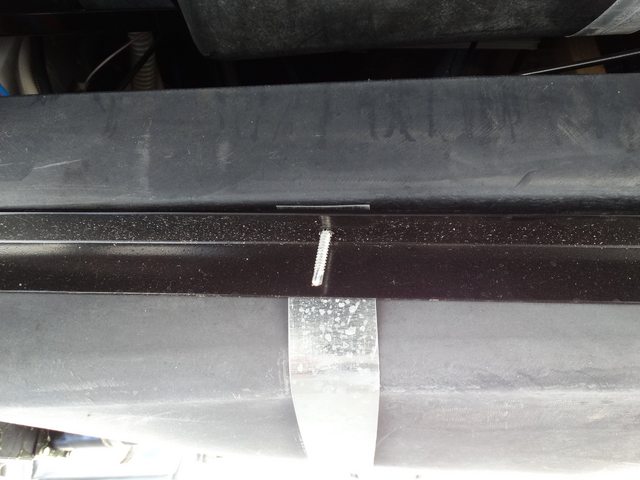 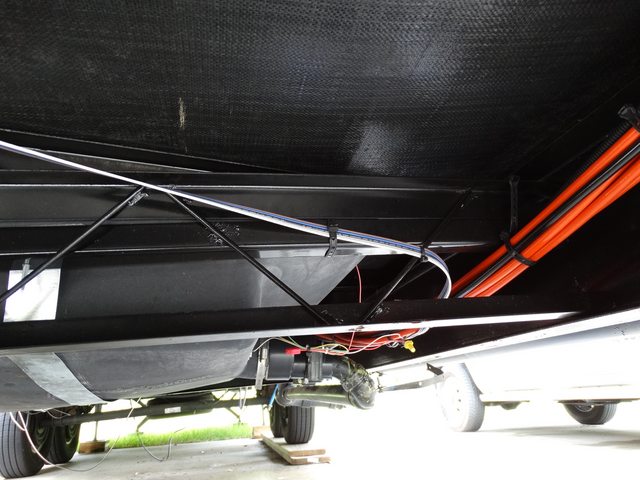 You sound alot like me. Makes you just shake your head in disbelief every time you open something up. Thay just knock them out as fast as possible. Unreal.
Looks like your doing nice work. Keep it up.

So, I finally got some information out of Heartland customer service. Apparently the color is called 'Impact Toffee' and has a part number of L278IMTF and was made by Robert Weed Plywood. Anyone had any experience dealing with them directly? After perusing their website...they seem to frown on dealing with individuals and prefer to only deal with the factory, but going to give them a shot tomorrow anyway.

I have checked with a few of the surplus shops near the factory (Bontrager's/G&G) and even Colaw salvage to see if they had a trailer that had been wrecked with the right color...no dice from any of them.

The girl who finally replied with the part number said there was no such thing as a build out sheet or other listing showing what went into my trailer...I find that hard to believe, but asked her in another way if there was a list of parts for my trailer and haven't heard back yet.

jbeletti - are you sure they have such an animal available to owners? Any idea how/who to contact to get it?

I realize that Heartland probably isn't into all the 5S/Lean Six Sigma manufacturing processes but I would assume that they have some method by which to maintain inventory of raw and finished goods to build out their trailers...surely they aren't so archaic to just order a box of parts and use them till they are gone and switch to the next brand or style no matter where they are in the assembly line.

Just curious, but what have some of you out there done to repair/replace such a large section of damaged luan plywood. I know I could just go down to the local box store and buy a sheet of plywood in a generic color or even just bare wood and put on some semi-matching wallpaper, but would prefer it match the other side of the slide out and the wall that it adjoins. Any and all ideas welcome.
You must log in or register to reply here.