I have a Mallard 335 that I bought new in July of 2021. Five months into ownership, the main air conditioner failed (GE 13.5K BTU). After the lengthy process of the warranty claim through Camping World, the unit was replaced with the same size and model. Well, five months after the new unit was installed, it has failed. I reached out to Heartland to see if I could replace the GE with another brand. The short answer was no because it was the vendor, GE, who warranted the product. I reached out to GE and found out that their units are distributed by a group called Midwest Sales and Service. I emailed them and got a response the very next day. Their units are warranted for 2 years (Camping World avoided telling me, but I should have known) and the gentleman at MWSS is working to get a mobile tech to install a new one so I don't have to deal with Camping World again. The problem of the GE air conditioners isn't really solved and I won't really trust a new one but if I continue to get replacements, I'll go down that road. Has anybody else had problems with GE A/Cs?
N

I never knew that GE made RV A/C's.
D

NYSUPstater said:
I never knew that GE made RV A/C's.
Click to expand...

I didn't either and given my experience, they should stop and do something else.
T

Service after the sale is hard to find. Myself and three family have purchased campers and trailers within the past few years and major problems were solved with only with threats to request law enforcement. I have been waiting two years for service and have not receive any.
J

We have a 2021 Bighorn Traveler with two GE air conditioner units. (a 15,000 and a 13.500 b.t.u.). We've only used it less than three weeks, but no problems so far. Don't know exactly what this means, but when I went to purchase A/C silencers from Wack-O, I discovered that the same silencer that fits the GE units also fits Domestic units.
Jim
N

Jim Posz said:
We have a 2021 Bighorn Traveler with two GE air conditioner units. (a 15,000 and a 13.500 b.t.u.). We've only used it less than three weeks, but no problems so far. Don't know exactly what this means, but when I went to purchase A/C silencers from Wack-O, I discovered that the same silencer that fits the GE units also fits Domestic units.
Jim
Click to expand...

What are A/C Silencers?

NYSUPstater said:
What are A/C Silencers?
Click to expand...

The WackO Products DA100 is an air conditioner silencer kit that allows you to run your RV A/C unit without all the noise. Never try listening to your TV over your air conditioner or being kept awake by the unbearable noise ever again. Run your RV A/C without all the noise. The WackO Products DA100 is an air conditioner silencer kit that's the answer you've been looking for.

You know that GE appliances is no longer affiliated with General Electric. They were bought out by Haier (Chinese) company in 2016. Haier bought the rights to the long established, respected, GE Appliances name. 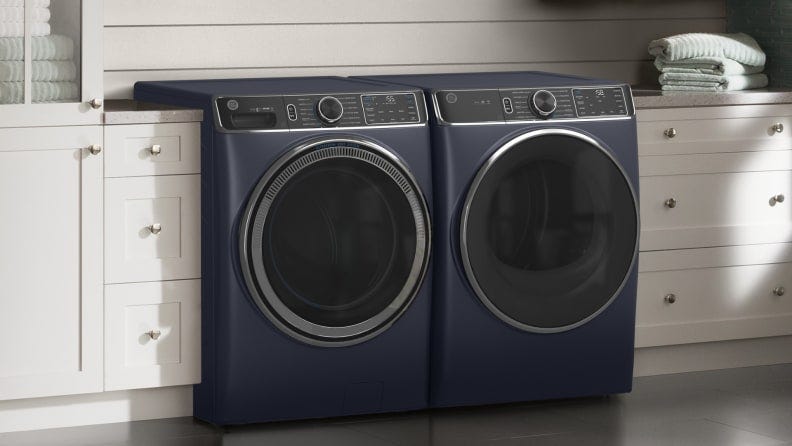 General Electric's appliance division was acquired by Haier for $5.4 billion in 2016, not recently, as claimed by some social media users.
www.usatoday.com

Here is an announcement from Midwest Sales and Service (best previously known in the RV world as the distributor for the Apollo halftime microwave-convection ovens) about them becoming the exclusive distributor for "GE" RV air conditioners: Introducing the GE Appliances Rooftop Air Conditioner As many of our loyal customers and followers are already aware of, MWSS, Inc. is a proud partner of GE Appliances! We were honored to have been able to partner with this appliance mega giant within the industry this summer and are excited to...
mwss-inc.com

As a retired appliance repair tech, I am familiar with Haier products and I wouldn't spend my $ on them.
You must log in or register to reply here.