Help ya girls out! Basement wall?!

I didn’t see the test button until now, I went and held it down and it showed 3 lights at first, but then the G light went off. Now only 2 bottom lights are illuminated red. Hmmm. I will go check the battery itself.

I don't think you have any output from the power converter.
D

Right now, if I used this multi meter correctly, it is showing almost 12 V. I will check it again tomorrow and see if we are going back up or down.
D

danemayer said:
I don't think you have any output from the power converter.
Click to expand...

Sigh. If those lights are correct, you are right. The weather is going to be nice the next 2 days so I guess I will be doing more investigating. Thank you.

Your converter should be on a dedicated 120V circuit breaker on your breaker panel. Make sure that hadn’t tripped, somehow. Switch it off, then back on to be sure. Some breakers don’t look like they’re tripped visually. While converters can and do fail, it’s not a common occurrence. Ours was still working fine when we sold the rig after 11 years.

JohnDar said:
Your converter should be on a dedicated 120V circuit breaker on your breaker panel. Make sure that hadn’t tripped, somehow. Switch it off, then back on to be sure. Some breakers don’t look like they’re tripped visually. While converters can and do fail, it’s not a common occurrence. Ours was still working fine when we sold the rig after 11 years.

John, I just now had my mom go through and switch each breaker off and back on. She checked the status lights again and we are getting 3 lights but nothing on C. I am still hopeful maybe I will find another tripped place or bad fuse today.

dreamteamrv said:
John, I just now had my mom go through and switch each breaker off and back on. She checked the status lights again and we are getting 3 lights but nothing on C. I am still hopeful maybe I will find another tripped place or bad fuse today.
Click to expand...

Strange. Do you recall a time when the charge indicator did light up when you tested it? Like everyone else, I'm taking SWAG's from afar.

On shore power, if the Converter is working properly, you'll see a constant 4 lights on the display, and you'll measure 13.2V or higher at the battery or at the fuse box.
D

Well John, it's a bit complicated. We are going on our 3rd winter with this 2011 RV. It was gently used by the other owner who purchased it new. We had help initially and the battery was replaced when we moved it in. After all of the hard work getting plumbing & electrical etc, she moved in and we assumed we were hooked up to everything. An RV place serviced it then too, and was supposed to check that everything was operating correctly. It has worked well until about 6 months ago when this dimming started. Only recently has it gotten worse. I realized that we didn't have the time (winter is coming!) nor money to get an RV guy here, so I started with all the manuals to find out what we had. I found the one for Inteli Power 9200 and that lead me here to this forum. Right away, I assumed ours must be part of the problem, especially since we had no idea where it was located or what it did. Ha. Now that I have started, I am very invested in seeing it through myself and understanding how all of these working parts are supposed to operate.

We were told not to rely on the tank level readings, so I only learned about the other status lights when you guys told me. But, guess what?! Knowledge is power! Thanks to everyone who keeps this site alive and helps others, I have gone from knowing practically nothing about this RV to being able to explain the dynamics to others with ease. I agree that my approach may not be for everyone, and people should be careful. But, even though my problem isn't fully resolved yet, I am thrilled to have learned so much. It's a great feeling. I am also too hard headed to give up now.

So, at this point, I get the impression you have not yet accessed the converter. Correct? As mentioned by Dan, you will need to check the fuses on it to be sure they aren't blown due to the battery having been connected incorrectly at some point, and check the cord to the 120V outlet, as well. And check the area around the converter for any debris that might have been sucked into it through the cooling fan. While you're there, see if there is any evidence of water having gotten to the unit, like staining of the wood or warpage. Failing the find any problems with those, you may just need to replace the converter since it is 10 years old (or more). Wish I had more to offer to help.
D

Every comment has been helpful! Thank you John! I work too, so now that it gets dark extra early, I haven't made it into this basement. Today is a beautiful 70 degrees, so it is the day I will finally reach this converter! I have extra fuses ready and a shop vac. As soon as I can get there, I'm "going in"! LOL 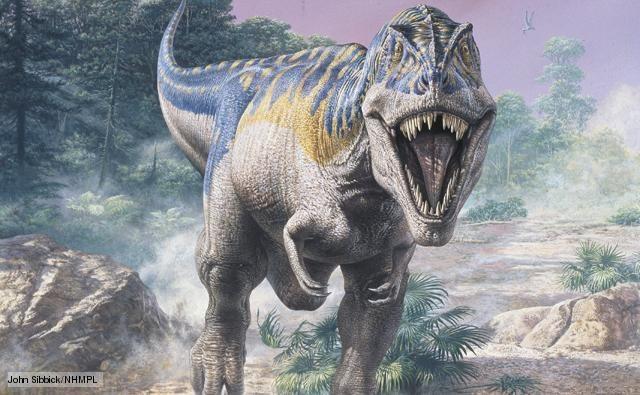 Will she ever be heard again from the Basement o’ Doom??

Hahaha basement o doom was a trip!!! But this nice weather had me burning leaves for way too long.

So here we go! A few things! Found a burnt 30 amp fuse in the battery compartment and replaced, but I’m not sure what that one goes to? There is another red fuse around there too and it was good. Mini breaker was not tripped again. I believe when it was reset after the new battery was installed, that made the converter come back to life.

The inside status light did not show the top light (C) still, it just must not work.

Confirmed: 12.75 volts every where so it is getting recharged. Checked at battery, at converter, at fuses. The 3 fuses with converter were good too. All is a go!

Now here is a funny thing…..
The “wall” I was trying to find and remove in the rear of pass through, was not even there. LOL……..
It was previously taken out and stored last winter to let heat inside near those water lines and such. We left a thermostat heater plugged in the pass through compartment. SO that being said, I still couldn’t fit! I don’t know what they intended!

We saw the fan was running on the converter, but we still wanted to be able to go back inside the good ol B.O.D.

I had my friend and kind neighbor saw off this piece of wall, which let us check out the converter up close. Now, we can get in there in the future! I will eventually make a new wall piece with some handles I can use to lift it in and out, or make it slide.

I think we are all good as new for a while!
Thank you again every one! <3

Day/Night Shade No Spring and Screwed Flat against the wall

2
Leak in between front bedroom and side door.