Well, hello everybody, its been a while since my last post so thought I had better catch up on a few things. First, let me apologize for the pictures I am about to post cause i took them with my iPhone and never know how they will be oriented.

Well in the June issue of Trailer Life I noted in the RV tech section the little add for the LCI replacement of the frosted glass and white surround to a clear glass, albeit tinted, and a black surround. Well if your Fiver is like mine, 2009 Sundance, 287RL, all the surrounds on the other windows are black. Well the entire thing was 89.00 plus shipping, couldn't turn it down, so we ordered it. I said we, cause I had to check with the boss, she who must be obeyed. Well she thought it would be a grand idea also.

Very impressed with the shipping time for this product, only took about 3 days and it was delivered to my door, double boxed and in great condition. Well upon opening the box and inspecting the contents, it looked fairly easy, however, the instructions leave a lot to the imagination, I'll just leave it at that.

Once you have the old frame and glass removed, clean up the inside of the door a little, I found a couple of chips of glass from the original install and of course some dirt, no evidence of leaks. Speaking of leaks, the new frame comes with a sealant already in place around the frame which mounts to the outside of the door, however, I invested in a tube of DAP clear silicone sealant and used it around the outside frame once it was installed, just as insurance. Now I must also say the product says to make sure you have a Lippert door, well there was no indication anywhere on my door that indicated who made it, nor did the owners manuals for my fiver specify the maker of the door. It was a good fit, but you have to be careful where you set the frame, (outside frame) then temporally seal it to the door with tape and install the glass from the inside of the door. Now the nice thing, the new frame does not require SCREWS. It just snaps in place. Have someone hold it from the outside while you snap it home from the inside. Prior to doing this, make sure you have the inside frame oriented correctly and the shade in place, snaps in also.

We really like ours, there is another product that has a lever that extends down into the area of the screen where the slide is, that you can open and close the shade without opening the door. However you can always see bars in the window, and the shade is plastic and held on by glue on dots. Kinda leery of that as the heat from the sun just might make those glue dots turn loose. Just my opinion, yours may vary 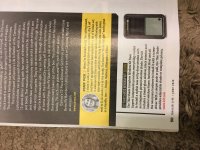 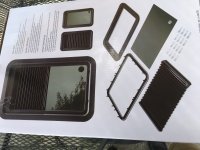 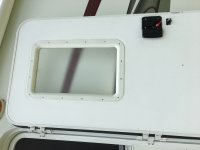 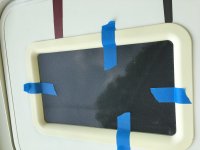 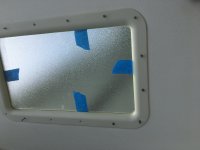 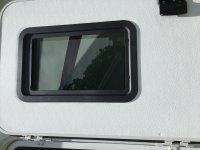 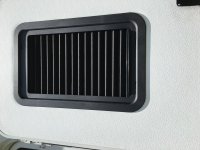 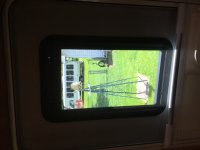 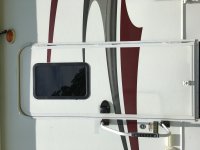 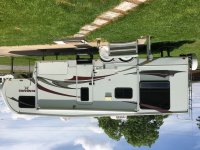 That's a mod I've been wanting to get done since our first camper, I actually wound up plasti dipping our window today for the time being due to the excessive heat coming through the frosted glass and our AC's not cooling to what I think they should be cooling down too. That was cheaper than window tint plus I can peel it off at a later date. I attached a picture of the window plasti dipped. You definitely have the good mod there and it looks good! 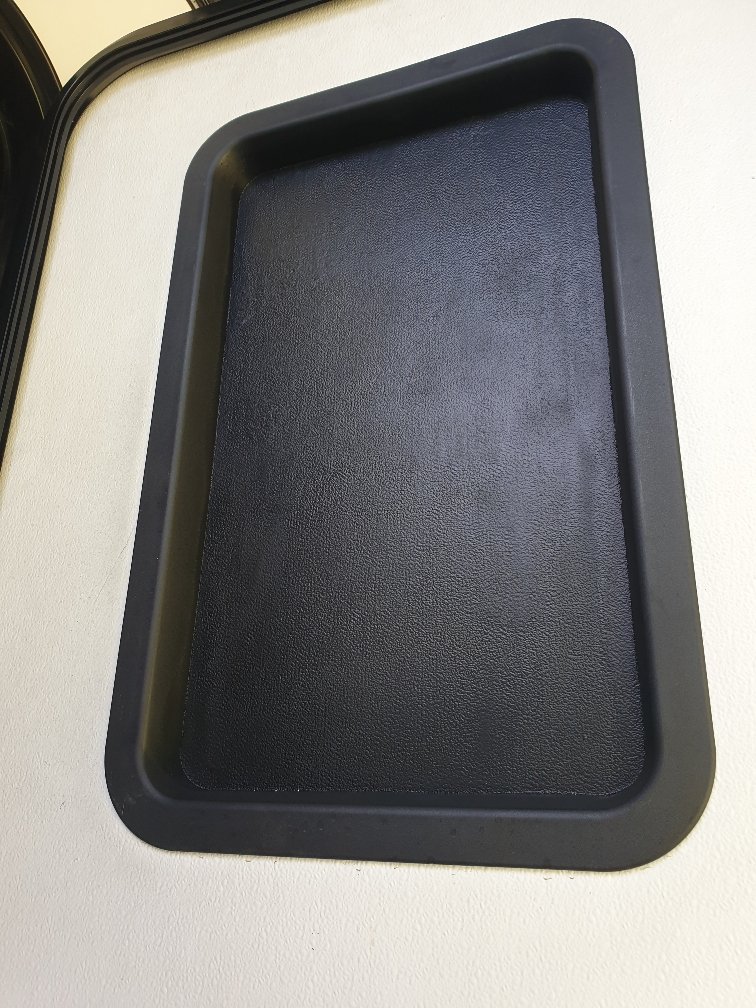 Sent from my SM-G960F using Tapatalk
You must log in or register to reply here.

Replacing side window assembly. Any tips?

M
After two months it finally made it to my house